How Can I Help My Partner With Gender Dysphoria?

Wanting to help your partner with any problem they may have is a normal part of your relationship, but not everyone is sure of what to do when their genderqueer partner experiences gender dysphoria.

In this article, we’ll explain what gender dysphoria is, give some ideas on what you can do to help either your partner or someone trans you’re dating, and how to approach intimacy in your relationship.

What is gender dysphoria?

From the American Psychiatric Association, gender dysphoria is described as “psychological distress that results from an incongruence between one’s sex assigned at birth and one’s gender identity”.

In more basic terms, transgender people that experience dysphoria can feel distressed about their primary and secondary sex characteristics that don’t align with their gender identity.

Gender dysphoria can affect every trans person differently, as it can be as personal as their genitals, or something smaller such as their hairstyle not looking how they want for their gender expression. No matter where the source is coming from, it can still cause stress to the person and even mental health conditions such as depression and anxiety.

There has also been increasing discussions about separating gender dysphoria into two categories. One is considered “body dysphoria” and the other is “social dysphoria“.

Body dysphoria is what we have mentioned above about trans folks experiencing distress over parts of their body that doesn’t match up with the gender identity they’ve disclosed.

Social dysphoria involves things such as the person’s voice and how other people perceive them. Examples of this can include being misgendered if someone else perceives them to be a different gender than they are.

Does every trans person have gender dysphoria?

Not every trans or non-binary person has gender dysphoria and they don’t need to experience it in order to be valid in their trans identity. Some people may not feel completely comfortable in their body, but that doesn’t automatically mean they have gender dysphoria.

To be transgender, you must feel that the sex you were assigned at birth doesn’t match what you feel inside of your mind. This doesn’t have to mean that you feel distressed over your genitals for example, only that you know that it doesn’t match how you feel.

A cisgender person is someone that identifies with and is comfortable with the sex that they were assigned at birth, which is the majority of the population. For example, a person that was assigned as male at birth and also identifies as a man is cisgender.

Someone that is cisgender and comfortable with that identity can’t personally experience what it’s like to experience gender dysphoria, so it’s not completely possible for a cis person in a trans-cis relationship to understand it. However, you can listen to how dysphoria makes your partner feel and try to emphasize with them.

Each person knows themselves better than anyone else, so it’s important to listen to them if they are willing to share. It’s also a good idea to try to educate yourself as best you can about the transgender community to learn about things that can affect their daily life.

To help try to explain what gender dysphoria feels like, a Reddit user that goes by the name Cascadeon offered a metaphor. They wrote,

“Gender is a lot like a pair of shoes. If you have on a good, comfortable, well fitting pair, you don’t notice it or think about it. As you walk around you aren’t constantly thinking about your shoes and the comfort, it’s just there and fine and normal and it doesn’t concern you one single bit. It’s almost hard to notice because if they feel fine it seems to silly and unimportant to spend energy thinking about it.

But if your shoes are too small and tight or there is a rock in them it’s all you can think about. Every step is annoying and miserable and you don’t want to do anything else until you fix this damned rock. Doing anything else seems crazy until your shoes stop hurting you.”

How can I help my trans partner with gender dysphoria?

Because gender dysphoria is a personal experience, it’s difficult to make it go away without things such as accessing gender-confirming surgery, but there are some things that you can do for your partner to help with their dysphoria.

These are just a few ideas and there may be others that work better for you and your partner, but the important thing is just to be there for them and offer support where you can.

Approaching intimacy with someone that experiences gender dysphoria

If you and your partner are looking to be intimate, gender dysphoria can add a potential challenge. Because it mostly affects how the person feels about their body, it can make it difficult for them to be intimate with their partner.

Some things you can do include:

This is a basic list on how to approach intimacy with your trans partner, but if you’re interested in learning more about this topic, be sure to also check out the “How to Approach Intimacy With a Trans Partner” article. 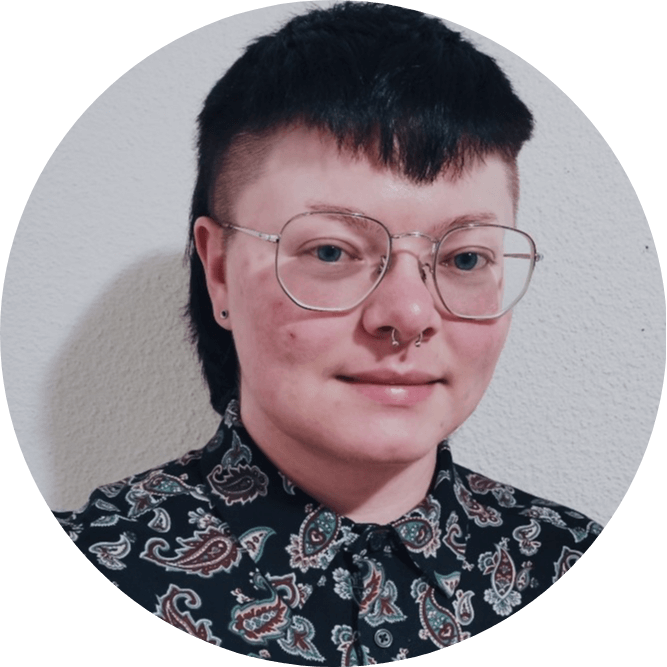 You are here: Home » LGBT Dating » Best Dating Apps for Trans* and Non-Binary Singles Australia » How Can I Help My Partner With Gender Dysphoria?