Time to grow up: identifying fuckboys and how to avoid them

You don’t want to be a fuckboy and you don’t want to be with one either. These are the kind of guys who live life like it’s their own game and couldn’t care less about your feelings. They maybe even peaked in high school and never really left it mentally, if you catch our drift.

In this article, we’ll cover just what a fuckboy, or fuccboi is and how you can avoid them. But if you’re masochistic or prepared, we’ll even give you pointers on the kind of casual dating apps you can use to find them and how.

What is a fuckboy and how do I recognize them?

A fuckboy, or fuccboi, is generally a bad thing to be. If you want a generalization, it explicitly refers to the only thing this kind of human being might be good for, sex, and even then it’s debatable. Not the kind of guy you’ll find looking for a real relationship.

It can be helpful to look at the dictionary.com definition of a fuckboy in order to get a better understanding:

“A fuckboy is that guy … the one who doesn’t respect women, but relies on them heavily. He’s distant, doesn’t care about other people’s time, and won’t commit. He’s self-absorbed, does stupid things, and fucks with others’ emotions.”

Yikes, and that’s dictionary.com. They’re supposed to be neutral.

Generally, our takeaway here is that these are guys who only care about getting laid and are willing to do anything to do it. On top of that, they epitomize the “use, abuse, and refuse” approach to dating.

If you want the real scoop for these jerks, urban dictionary might be a little more comprehensive with their definition:

Expect a guy like this to either sleep with you or get nude photos of you (or both) and then break up on social media, if you were never actually together. Expect him to leak those photos of you to the internet as a bonus.

Basically, stay away. They’re all awful and just want to use you to get off. Some even enjoy making you feel like dirt while they do it.

The dead giveaways for “fuccbois”:

There are all kinds of these jerks around, but despite the various flavors they come in, which we’ll cover below, there are some common trends they share:

Although a casual relationship has the potential to become a serious one, don’t really expect it with this type.

Unfortunately, there isn’t just one type of guy that you can look out for. These dudes come in all shapes and sizes, and their giveaway for being a total sleazebag isn’t just shirtless pics followed by “lol”. Here are 5 different kinds of fuckboys to be on the lookout for.

Your classic boy is the kind of guy who probably posts daily TikToks of himself during golden hour. You know the type: he knows he’s handsome but doesn’t really seem to have much going past snapchat.

He’s also the kind that is going to tell you he’s “not a fuckboy,” while he sends duckfaced shirtless selfies to five other girls. He also might seem really into you for a few days before he drops off the face of the earth for the next six months. Then again, they’re all like this.

Oh, and forget about normal dates and being seen in public. He’s really just looking to get his rocks off, not show you off.

Here’s your anti-mainstream, typical hipster guy who practically lives in band t-shirts and black nail polish. He’ll seem intelligent with pseudo-deep conversations he’ll have with you to show you how he’s against “the system” and society.

He’s basically a walking emoji flipping its hair away from its eyes.

Trust us, he doesn’t know what he’s talking about but certainly believes he is correct. Afterall, he heard it on a “podcast” you probably don’t listen to. Don’t challenge him on his shallow and naïve views either, it’ll just upset him.

Your typical spoiled rich kid. Their validation hinges entirely off of what their parents do and how expensive what they own is. You’ll be able to spot him by all of the photos he takes in front of his parents’ Ferrari on snapchat.

Everything he owns is essentially bought off of daddy or mommy’s credit card. He’s reckless and gets a kick out of flaunting how much he can get away with because he can buy his way out of trouble (with daddy’s money).

Probably has mental health issues due to poor family relationships or pressure to be just like daddy or mommy.

If he’s getting in touch with you it’s probably only because he’s looking to pump and dump with someone who isn’t rich enough for a real relationship or because his parents might like you.

Maybe the most insufferable. Here’s a guy who absolutely has to tell you as often as he can how sensitive he is. He’s a sweet talker, maybe a bit quiet and sometimes even shy. He’ll tell you how he’s been hurt in the past while DMing three other girls.

If you want to listen to an endless series of emo playlists and be with someone who obsesses over tumblr a little too much, here’s your guy.

He’s the nice guy syndrome personified. You’ll be blindsided by how he just “gets” everything about you in a way you’ve never felt. If you’re new to guys being nice to you, you’ll be tricked into thinking he’s emotionally mature.

Turns out you were like 1 in 8 women he was seeing. That or he’ll get whiny and say it was too much or gaslight you into thinking you are the one breaking it off. He’ll try to end it by walking away unscathed while making you think you’re crazy.

This is the one in denial about being a fuckboy, claiming he isn’t one while everyone knows he is. This is someone who is going to orbit you, which if you don’t know what that means is just always being out of reach but also hovering around.

Maybe you had something with him at some point and he moved on, but not really. He’ll like your insta stories, posts, send you a whatsapp message once in a blue moon. That kind of thing.

Odds are if you both DM each other on a night where you are bored, you’ll end up sleeping with each other. Possibly the least offensive kind of fuckboy, but one nonetheless.

How can I avoid them?

You can start by looking at the red flags we mentioned above. Avoid selfish guys who are clearly just looking for sex. If they text you with barely any effort to get to know you or just seem like sociopaths, odds are you want to steer clear.

Guys who like to take selfies a little too much and seem narcissistic are probably the types you want to swipe left on, if you catch our drift. Think one of your typical “villains” in those scandalous movies you like to watch.

If he’s pushing for sex sooner than later and not really caring about how you feel, he’s probably not the right kind of guy for you. Do yourself a favor and look for a dating site that is for more than hookups, as a starter. Make them work for it. Or, use one that works for you.

That will weed a lot of them out from the get-go.

Bottom-line: focus on you and what’s important to you. Don’t get wooed by a pretty-boy that’s just looking to get laid easy.

But what if I want to find a fuckboy for casual dating?

We’re trying to warn you not to see these guys. Seriously. But that doesn’t mean you can’t turn it around on them. Sex can be a two-way street, right?

We really can’t recommend getting involved with one but if you really feel the itch then worry not. There are plenty of them in bigger cities and on websites and apps for dating.

Your best bet to find a guy like this is to just look on a casual dating app that actually works, like tinder. Look for any guy whose pictures seem a little self-absorbed and barely has anything written in his profile.

Make yourself seem easy and show them you’re interested. That’s about all it will take. Just make sure you are prepared for the fallout.

Maybe you don’t live in one of the hookup capitals of the world where it’s just super easy to find guys like this. Don’t worry, there’s an app for everything.

You’ve got your good go-to’s like tinder, happn, and if you want to be the one in control, bumble (yes, they use this one too). You might also like Hinge if you’re looking for a guy that’s at least a little more organized (these kind gravitate here, who knows why).

Really, you can find them on just about any dating app for casual hooking up. You’ll probably even see the same profile across all of them. That’s exactly the kind of guy you are looking for. 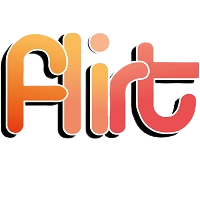 6.8
CupiDates
CupiDates empowers individuals to search the globe for their perfect partner. The international dating site has connected the East and the West with its smart matchmaking tools.

6.2
Grindr
Grindr proudly represents a modern LGBTQ lifestyle that’s expanding into new platforms. From social issues to original content, we’re continuing to blaze innovative paths with a meaningful impact for our community. At Grindr, we’ve created a safe space where you can discover, navigate, and get zero feet away from the queer world around you. 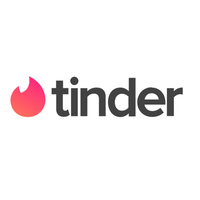 How to avoid getting scammed by fuckboi’s on hookup sites

Hooking up with a fuckboy isn’t necessarily in the same vein as your typical romance scam you see on most dating sites. It’s similar and can involve acts like gaslighting and orbiting, but they typically aren’t interested in your identity, money, or the like.

Want to learn how you can avoid getting scammed while dating online? Read our guide here to find out how you can keep yourself safe!

They are more likely to emotionally and psychologically drain and abuse you. The best way to avoid this is to be prepared for their nonsense. Don’t get emotionally attached and don’t expect any sort of responsibility or commitment from them.

Oh, and make sure you bring everything you need for safe sex. They sure as hell won’t.

Can your casual dating with a fuckboy turn into a real relationship?

Dating apps have changed dating in a big way, and have opened people up to all kinds of new experiences. A jerk can always meet the right person under the right circumstances to change the person they are.

However, we really want to stress that it is supremely naïve to think that you will change a fuckboy into someone decent.

Don’t get sucked into thinking you are special to them. You aren’t, but if you treat them as a one-off then the power is back in your hands. Get what you want out of the relationship and get out, because odds are it won’t become a real relationship.