How to Handle Dating Rejection With Confidence

One of the biggest fears people have in dating is also one of the most inevitable parts of dating: facing rejection. Almost everyone has experienced romantic rejection at one point or another, yet it can still be an extremely difficult and painful part of dating.

With online dating being more popular than ever, it’s easy to be matched with—and rejected by—several people in a short amount of time. This can be overwhelming to process, but thankfully with the right mindset and a few confidence-boosting tips, handling rejection doesn’t have to be so painful.

Why Being Rejected in Dating Is So Hard

Before learning how to deal with rejection and boost your confidence in dating, it’s important to understand what makes rejection so painful in the first place.

Rejection can come in many different forms: someone might directly tell you they don’t want to go on another date, they could slowly fade out until you lose touch, or they might ignore messages and ghost you completely.

No matter what the rejection looks like, it typically offers little chance for closure. People don’t often explain exactly why they don’t want to continue dating, leaving a lot of space for confusion and negative thoughts.

This can trigger some of our deepest insecurities, leading us to question ourselves and wonder what we may have done “wrong.” We may wrestle with regret, anger, and hopelessness after being rejected.

Interestingly, those feelings aren’t unique to the pain of rejection; they’re a common part of grief.

That’s because experiencing rejection is very similar to experiencing grief. Sometimes, the relationships that never had a chance to happen are the most painful because we must grieve what could have been.

Fantasizing and hoping for a happy and healthy relationship, but instead being rejected, can be a surprisingly painful loss. Viewing it this way helps us to understand why rejection hurts so deeply and why it can feel so hard to deal with.

How to Stop Taking Rejection Personally

Rejection can feel like grieving the loss of the relationship-that-could’ve-been. But rejection can also be hard to deal with when we take it personally.

Romantic rejection can sometimes stir up self-esteem and attachment issues. We may believe that if we’re rejected, we’re not likable or attractive. In reality, though, rejection is not a reflection of our worth or value as a person.

Not only this, but people may reject potential partners for a variety of reasons that aren’t personal. If you tend to assume that you’re the problem or you’re not “good enough” for the other person, try reframing the rejection by considering as many other explanations and scenarios as you can.

For example, imagine that the other person decided to no longer date you because:

It may feel strange to imagine these types of explanations for why you were rejected, but it’s important to keep in mind that they’re often just as (or even more) likely than the assumption that they’ve made a negative assessment of you as a person.

In other words, there are countless reasons why someone may not want to date you, and most of them have nothing to do with you.

Even if the other person did decide that there was something about you that wasn’t what they were looking for, it doesn’t mean you aren’t valuable as a person or a partner.

Whether they realized you have different personal values, different styles of humor, or different relationship goals, the rejection says more about your lack of compatibility than it does about your worth as a person.

How to Deal With Rejection While Dating

Even though rejection often isn’t personal, it can still be tough to cope with. To make the grief and pain of rejection easier to overcome, try these five steps:

1. Face the discomfort: Like most challenges in life, the first step to overcoming pain is to embrace it. It’s often better for our mental health to face dating rejection head-on, rather than trying to escape or numb ourselves in order to not fall into a spiral of depression and self-doubt.

When facing the discomfort of being turned down by a dating partner, observe what thoughts and negative self-talk might be coming up. Then, try detaching from those beliefs and remind yourself that your negative thoughts aren’t accurate, nor are they helpful.

3. Learn from the rejection: Just like with any loss, giving meaning to our grief helps us to grow and get through the hard parts. Reflect on what you can learn from the situation. Whether you were already deeply invested in the other person, or just barely getting to know each other, there’s a lesson to be learned.

For example, dates and relationships that turn sour can help us recognize some of our own negative patterns and tendencies. Are you dating the same type of person over and over again, being rejected each time? Is there something about the type of people you’re attracted to that makes them a bad match for you?

Rejection can also illuminate what we really want and need from a partner and relationship. Sometimes, it takes being denied something to realize how much we really wanted it. If you’re struggling with rejection, understand that that person isn’t right for you, but perhaps you can learn more about what is through this experience.

4. Avoid making generalizations: You may have been rejected, and you may even be rejected again. But that doesn’t mean that dating in general is a waste of time, or that everyone you meet will hurt you.

You deserve someone who will accept you just as you are, and with a variety of dating apps and dating sites to choose from, it’s easier than ever to find them—as long as you don’t lose hope or assume the worst about future dates and matches.

5. Don’t rush: Rushing into the arms of a new person just to get over a rejection almost never works. When we don’t take time to check in with ourselves, we drag unresolved issues from one date or relationship into the next. Take your time, and avoid the temptation to rush through your discomfort.

Tips to Improve Your Confidence in Dating

You may realize now that rejection usually isn’t personal, and you have an idea of how to navigate through the pain of rejection. But in order to handle dating rejection with confidence, we can’t forget a key component: confidence.

If rejection is triggering some negative thoughts and beliefs about yourself, consider what qualities you love and respect about yourself instead. Consider the values that are important to you, past accomplishments that you’re still proud of, or qualities you possess that make you a great friend and person to be around.

Focus on your positive qualities that don’t depend on anyone else or whether or not you’re in a romantic relationship. You already have these amazing qualities, and it’s just a matter of finding the right people who will respect and appreciate what makes you you.

Confident people realize that they’re not inherently superior or more valuable than others, and vice versa. Even if rejection feels like an insult, remember that the person who rejected you isn’t inherently better than you, nor are they judging you as being inferior to them.

Remember, dating is about finding a healthy match and connection, not about ranking and comparing ourselves with others.

It’s also important to date yourself while dating and meeting other people. Prioritize your own well-being and set aside time to engage in some self-love activities that lift you up and give you time to reflect on how you’re feeling and what you need.

In this time alone, choose hobbies or enjoyable work that reinforce your confidence and have nothing to do with receiving approval or validation from anyone else.

Surround Yourself With the Right People

Finally, when in doubt, turn to your trusted friends, family, and the people in your life you know you can count on for a confidence boost.

While your confidence shouldn’t depend on those around you, it can help to spend time with people who already know and accept you, especially when healing from rejection.

That’s why it’s important to expect rejection and view it as a part of life that everyone faces. When it hurts, make space for that discomfort for a while, but avoid staying stuck there forever.

Don’t let someone else’s rejection of you be the reason you reject yourself, your relationship needs, and the life you want. 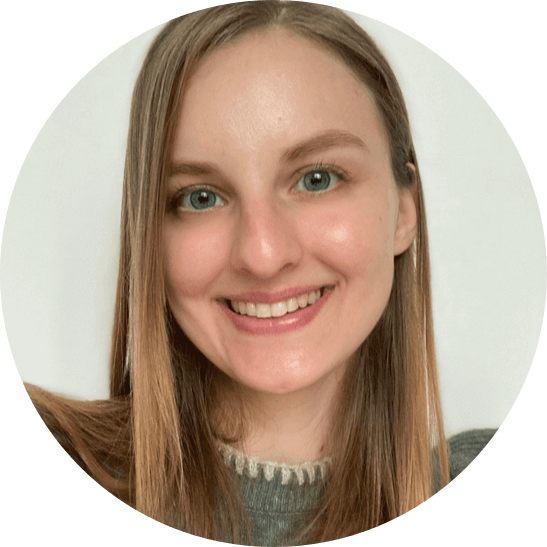 Brie Schmidt is a Tokyo-based relationship educator and coach helping womxn and couples around the world have secure, healthy relationships. She has been featured in The Japan Times, Channel News Asia, and on the Feminist Fridays podcast.

Brie’s background includes training in cognitive behavioral coaching, life coaching, as well as studies focused on sexuality and sociology. She combines this education, along with her own personal experiences and struggles, to create a practical, no shame, no sugarcoat approach to coaching and relationship education.

These days, you can often find her writing about relationship skills, updating her Instagram account with empowering relationship posts, and offering coaching both privately and in self-coaching products and resources.

You can also find her every week hosting Relationship Reminders, a podcast focusing on building healthy relationships, both with others and with ourselves.

You are here: Home » Serious Dating » How to Handle Dating Rejection With Confidence